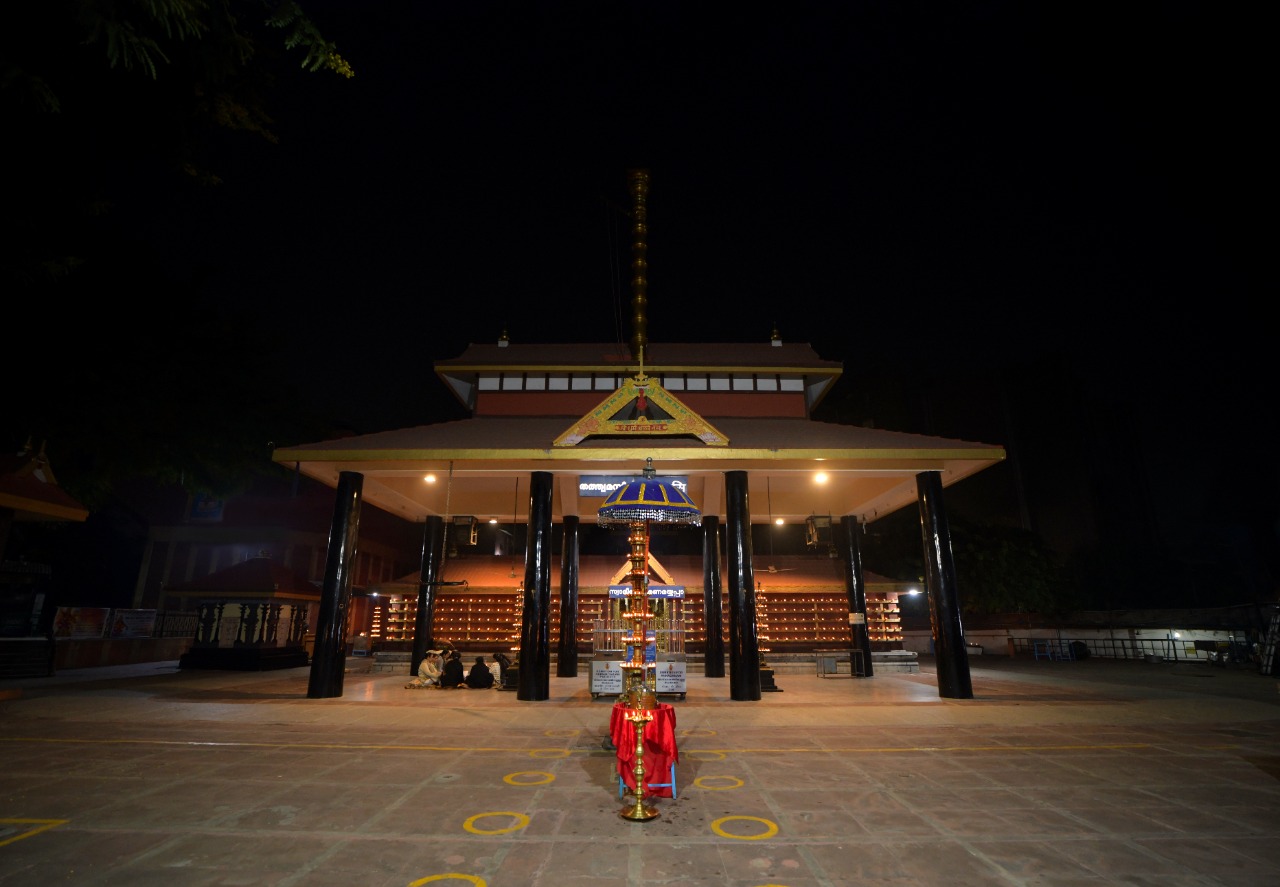 It was in the year 1971, a group of Ayyappa devotees joined together in R.K.Puram and started conducting community pujas, bhajans, kirtans, Ayyappan Pattu (traditional songs in a style praising the Lord) on a regular basis. As a sequel, the Ayyappa Pooja samithi took birth in 1973. Slowly and steadily the Samithi gained in popularity and on 10th May 1973, it became a registered body. Since then, the devotees were harbouring a yearning to set up at least a Balalayam (a small modest abode), if not a sacred shrine, for worshiping the Lord. An ad-hoc Committee was formed for this purpose and it was realized in the month of June 1973 in Sector-3 near the DDA flats adjacent to Munirka on Government Land. Worship started with Pujas before a portrait of the Lord. Soon, this improvised hut of the Lord turned into a shrine, attracting a swelling number of devotees from all over Delhi. His Holiness Sri Jayendra Saraswati Swamikal of the famous Kanchi Kamakoti Peetom visited this Ayyappa Shrine which was indeed an auspicious event. He blessed the devotees who initiated this venture. Pujas, rituals, community bhajans all went on uninterrupted.

A pujari (priest) from Kerala took over the charge of Pujas and Rituals so as to conform to the style followed in Kerala. As the divine scheme began unfolding, Jagadguru Sri Sankaracharya of Joshimath and Santhananda Saraswati of Bhadrikashram visited the newly allotted site and performed the Bhoomi-puja (rites for purification and consecration of the land). Following this, the Sthala-Prasnam (astrological reckoning done on the spot) and Devaprasnam (for determining divine favour or sanction) were performed by Brahmashri Kaimukku Parameswaran Thantri, an expert in astrology, and accordingly a Balalayam was built. With this, the sacred abode of the deity was transferred from the earlier sanctum in sector-3, with due ceremonies for transferring the ‘divinity’ into the new idol. The idol was made of Panchaloha, an alloy of five metals. The ceremonies were supervised, among others, by Brahmasri Panavur Diwakaran Namboothiri. The construction of a larger Shrine then started and went on in accordance with the Chera style of temple architecture followed in Kerala. Brahmasri Kanippayur Krishnan Namboothiri, under the guidance of his father and guru revered Brahmasri Kanippayur Sankaran Namboothiri, prepared the plan for the structure. It took two years of work by 25 sculptors in Kerala and further time in Delhi to complete the stone and sculpting work. The stones were those collected from the banks of the sacred river, Bharathapuzha, the historic and hallowed spot of Tirunavaya in Kerala. Prominent among the sculptors was Shri Sankarankutty from Ottappalam. Shri Waderkar (Delhi) was the architect and Shri Sharma-ji (Delhi) was the contractor of this Temple.

Finally, the construction work was completed and the consecration ceremony took place on 30th April, 1980 (Malayalam month Medam, Nakshatram -“Chothi”) – a day when the star Swati ruled. Revered Thantri Ambalapuzha Bhramashri Puthumana N.Damodaran Namboothiri conducted the consecration ceremony. Nagarcoil Pattan Asari had carved the idol, a creation of exquisite beauty and divinity. The pujas and rituals now being observed, continue to conform strictly to the charthu (prescription) made by the Thantri, the present Thantri is Brahmashri Puthumana S.Damodaran Namboothiri, his grandson. Thousands of Lord Ayyappa devotees whole-heartedly contributed by way of performing physical labour, financial assistance and organizational skill during the process of construction of this Temple. It must be remembered that without God’s grace and those far-sighted devotees’ sacrifice, efforts and contribution, this Temple would not have become a “Mahakshetra”-that it is today.

Bhadrakali Temple and Chithrakudam for Nagas

In accordance with the Devaprasnam held in the month of October, 2005, the Samithi also constructed an alayam for Goddess Durga (Bhadrakali) and Sarpa Kavu for Nagas (with the installation of Nagaraja, Naga Yakshi and a Chithrakuda, representing all samastha sarpangal). While the Naga Prathishta (consecration ceremony) was conducted on 9th February, 2006, the Bhadrakali Prathishta was performed on 10th February, 2006).

Prayers and Best Wishes for the launching of the Delhi Ramakrishnapuram Ayyappa Mahakshetram Website. I understand that the Management Committee of the renowned Ayyappa Mahakshetram at Ayyappa Mandir Marg, Sector 2, Ramakrishnanpuram, Delhi is in the final stages of inaugurating a comprehensive website for the timely, efficient and sanctified functioning of the daily Poojas, observances and special celebrations including Ulsavam and other ceremonies. This unique Mahakshetram envisioned by Thachhusastra maestro Shri Kanipayyur Krishnan Namboothiri and built by some of the best sculptors and craftsmen from Kerala was consecrated on April 30, 1980 by revered Thantri Late Shri Ambalapuzha Puthumana N.Damodaran Namboothiri. With the blessings from Lord Ayyappa and my grandfather, I was privileged to perform the 41st Annual Ulsavam festivities at the temple in April, 2021. I hope in the coming years Ayyappa Mahakshetram will attain great progress and the launching of the Website will be a new milestone in its journey to serve Lord Ayyappa and all his devotees. 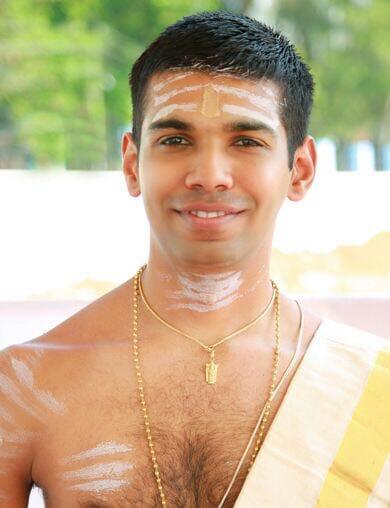